Stephen Conway, Manager of Business Technologies for the Phonographic Performance Company of Australia (PPCA), had a major challenge on his hands. The organisation was relocating to a refitted warehouse location in Surrey Hills, Sydney, with a move-in date of July 7th. Conway needed data-centre to be designed and built at the new premises, and a short time to make it all happen. 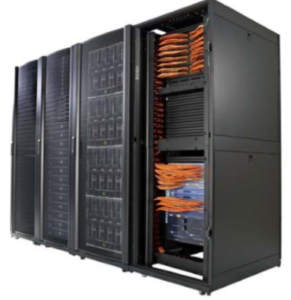 When PPCA made the decision to move into new premises, Conway invited Phil Jones, Principal Consultant at Focus Group Technologies, to recommend a solution.

Phil Jones and his team put together a proposal for a fully integrated data-centre for PPCA, based on technology from APC by Schneider Electric.

“One of the reasons I chose the APC solution,” he says, “was the professional and considered approach of Phil and his team gave me confidence that the solution would work and could be implemented in time.”

That confidence was further strengthened, he says, when the FGT team started the implementation process.

“We had numerous contracting teams on site during the building fit-out and Phil and his team had to work around them all. They did this willingly without complaint even when sometimes it involved extra work. So I knew they’d do their utmost to get the job done on time. And they delivered.”

The solution implemented by Focus Group Technologies consisted of:

Focus Group Technologies completed the construction and implementation of the new data-centre on budget, and most importantly in time for PPCA’s move into the new premises on July 7th.

“Despite all the challenges, the new facility was up-andrunning and ready to go the day before we moved in. And it hasn’t missed a beat since,” says Conway.
Conway says he’s extremely happy with the new datacentre, and confident it will continue to provide an infrastructure the business can rely on.

“The solution has delivered exactly what I expected of it, and I’ve had no issues whatsoever. When it comes to a data-centre you can’t really say more than that, can you?”